2016 Market: Congratulations! Do YOU Feel Better?

2016 Market: Congratulations! Do YOU Feel Better?

The National Association of Realtors' Chief Economist, Lawrence Yun states that 2015 was the "Best Year EVER since the Great Recession" and home sales & prices will continue to expand in the new year, though likely not as fast as in 2015.

The Federal Reserve also announced an increase in Interest Rates of 1/2 to 3/4 points by the end of the year, just a few days away now, which will indeed account for the slowing of activity in 2016. New Housing shortages is a problem for the Tri-County area of Sarasota~Manatee~Charlotte. Many readers may be confused as to why we need new housing...


Let me explain in a simplistic way: As people move into NEW Homes, they vacate Newer Homes. People who move into the Newer Homes vacate the Older homes. People who move into the Older homes vacate the OLD homes. That is generally the cycle of an Economy on the upswing: as people do better, they move UP the Prosperity Ladder. It can work in either direction or laterally crossing several ladders as people move back and forth, up and down to gain traction.

In the middle of this activity, NEW Homes are needed as OLD Homes are torn down, NEW people move into desirable areas, Families grow bigger, etc. As long as New Construction is happening in your area, your Town or City is growing. Once New Construction stops, the Tax Base stops growing which supports Schools, Hospitals, Fire and Police, Emergency Services, Infrastructure, Municipal Governments, Utilities, etc.

Now, back to how YOU are feeling... Perhaps YOU don't think you're ready to jump back into the Home Ownership Game? What's REALLY holding you back?

How would you like to JUMP into a home for the cost of 2 months' rent? With ONE to FIVE Year to make the Final Decision? 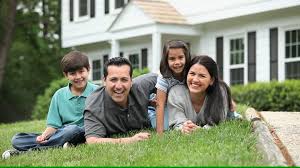 There are Minimum Requirements such as....

Shari Shepard
Adding a Little Sharisma to Your Life!